Black Clover is a series that I love. It is cute, humorous, and has really heartwarming story lines. The characters are all incredibly likable, and the story line is one that I want my children to read.
I was so excited for theodicia, the last episode of the series, because it was going to be our first chance to see Yuno and Asta’s relationship. Unfortunately, it seems that this relationship is not going to be explored much more in the series.
However, there are some good things about the series. For one, Black Clover is getting a dubbing process done quickly!
The dubbing team has worked hard to make the language skills of all involved as unerring as possible.
For example, Asta and Yuno are the only two characters that are talking instead of just enjoying each other’s company.
The development of their relationship is slowly being explored (albeit indirectly) but it’s being developed in a way that isn’t easily guessed.
Overall, I’m happy to see an end to the inactive Wizard King position (somewhere). However, I’m disappointed that it seems like Black Clover won’t be getting any exploring done on its side story/episodes. 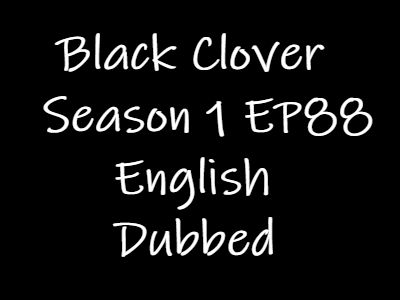